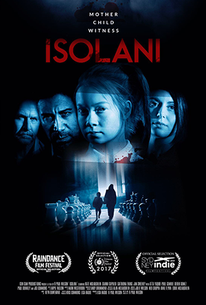 When seventeen years old single mother, Isla Corrie witnesses the murder of a police informant she becomes a pawn in a dangerous game. Manipulated by an ambitious prosecutor and a corrupt police detective, Isla must find a way to protect her son before a killer realizes there's a new witness. When prosecutor Anne Ramsay employs her late father's best friend, Detective Brian Ross to convince Isla to give evidence, Ramsay is unaware that Ross is secretly partnered with the murderer: violent drug-dealer Tom McKray. Ross tries to force Isla to help him deceive Ramsay but when Isla refuses to identify McKray, Ross is forced to take violent action. Pressure mounts on Isla as her estranged parents petition social services to assume custody of her deaf son, Jay. Underestimated by everyone, she comes up with an ingenious idea to expose Brian Ross and secure a deal with Anne Ramsay to start a new life. Before she can complete her plan, Isla is beaten and kidnapped by Tom McKray's henchman and finds herself face to face with a desperate killer--but McKray soon learns that the most dangerous place on Earth is between a mother and her child.

There are no critic reviews yet for Isolani. Keep checking Rotten Tomatoes for updates!

There are no featured audience reviews for Isolani at this time.