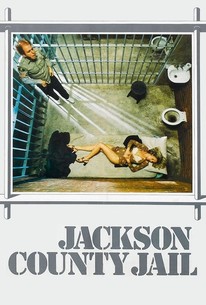 Yvette Mimieux delivers a sensitive, nuanced performance in a role that could have easily spread into a cheap exploitation turn in Jackson County Jail. Mimieux plays advertising executive Dinah Hunter, who leaves Los Angeles and a promising career after she discovers her lover has been cheating on her. Determined to start fresh in New York City, she gets into her car and heads east. Picking up some young hitchhikers along the way, she ends up stranded in an out-of-the-way western town after being beaten up and having her car stolen. Thrown into the local jailhouse on trumped up charges, she finds herself at the mercy of a psychopathic guard who further beats her and then rapes her. Dinah kills the jailkeeper and goes on the lam with fellow jailhouse inmate and down-home radical Coley Blake (Tommy Lee Jones). The sheriff's department engages the couple in a wild car chase through a parade commemorating the United States' Bicentennial, as Dinah and Coley try to break free to the open road.

Lisa Copeland
as Girl in Commercial

Marcie Barkin
as Girl in Restaurant

Norma Moye
as Mayor of Fallsburg

Hal Needham
as Chief of Fallsburg Police
View All

There are no featured audience reviews for Jackson County Jail at this time.