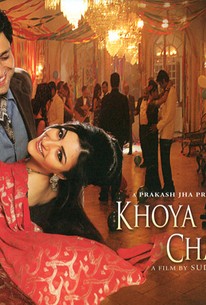 Two stars find their paths rising and falling within the Bollywood studio system in this nostalgic musical drama from director and screenwriter Sudhir Mishra. It's the mid-Fifties, and Nikhat (Soha Ali Khan) is a lovely young woman who dreams of a career in the movies. When Nikhat meets Prem Kumar (Rajat Kapoor), a well-known actor whose career is starting to go into decline, he helps her land a small role in a film, and soon Nikhat becomes the protégé of studio chief Khosa (Saurabh Shukla). As Nikhat rises to sudden fame, another new face becomes a force to be reckoned with at the studio -- Zafar (Shiney Ahuja), a successful and well-respected playwright who discovers he has a knack for writing movie scripts. After penning a handful of hits, Zafar becomes an important director, with his close friend Shyamol (Vinay Pathak) as his right-hand man. As the studio's leading actress and best director, Zafar and Nikhat become Bollywood royalty, and it surprises no one when the two fall in love. However, in the grand tradition of show biz romances, Zafar and Nikhat's relationship runs into a rough patch when she becomes an alcoholic and he falls from favor with Khosa and his associates. Khoya Khoya Chand (aka Lost Moon) received its American premiere at the 2008 Palm Springs Film Festival. ~ Mark Deming, Rovi

There are no featured audience reviews for Khoya Khoya Chand at this time.