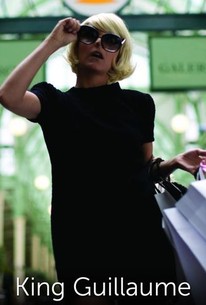 Adapted from the French comic book Panic in London, director Pierre-Francois Martin-Laval's sophomore feature tells the tale of a forgotten isle inhabited by five people who live like they're in medieval times while awaiting the arrival of their new king. Tourist train driver Guillaume (Martin-Laval) and his tuba-playing wife, Magali (Florence Foresti), are deeply in love. They lead a blissful life in the suburbs, and they've just discovered they're about to start a family when the father Guillaume never knew contacts the couple with a shocking announcement: by virtue of an accord reaching back to the Middle Ages, Guillaume is the heir to a kingdom located just off the coasts of France and England. But while the elated couple at first imagine themselves living in an island castle and presiding over a paradise filled with faithful subjects, the reality of the situation isn't quite so romantic. Battered by North winds, the island is little more than a glorified rock. To make matters worse, the current residents are five eccentrics who seem to have forgotten what century they live in. Now, while Magali gets wrapped up in the prospect of becoming a genuine queen and Guillaume celebrates his status as a crowned head, their new servants scramble to cover up the truth about the island until their new ruler can no longer renounce his throne.

There are no critic reviews yet for King Guillaume. Keep checking Rotten Tomatoes for updates!

There are no featured audience reviews for King Guillaume at this time.