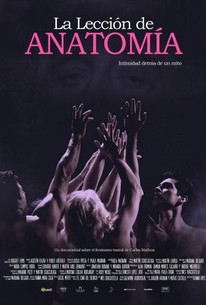 After six years of silence, Carlos Mathus, author and director (75), and Antonio Leiva, actor and producer (66), bring back to stage their paradigmatic play @An Anatomy Lesson#. Having run uninterrupted for 36 years, the play represents a unique and unrepeatable event in the history of Argentine art. It has also reached countries like Brazil, Chile, Uruguay, Venezuela, Paraguay, Austria and Spain, reaching over two million viewers. This documentary witnesses Mathus's creative process, awakens the unusual story and reveals the secrets of the play in what could be its last representation. Is it possible to perform with the same conviction and defiance what was written so may years ago?

There are no featured audience reviews for La lección de anatomía at this time.