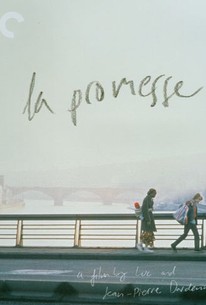 A young man born into criminal circumstances is forced to deal with his conscience in this drama from Belgium. Roger (Olivier Gourmet) is a corrupt businessman who smuggles illegal aliens into Antwerp and protects them from the law in exchange for working with his construction company. However, Roger pays meager wages for back-breaking labor and charges aliens appallingly high rent for substandard housing. Roger has a 15-year-old son, Igor (Jeremie Renier), who has learned from his father to steal and twist the truth; Igor is loyal to Roger, despite his father's frequent violence against him. One day, Amidou (Rasmane Ouedraogo), one of the illegals working for Roger, falls from a construction site; as he is dying, Amidou begs Igor to watch over his wife Assita (Assita Ouedraogo) and their child. While Roger and his partners try to keep the death a secret to avoid police interference, Igor constructs an elaborate web of lies to ease the concerns of Assita, who does not know that her husband has passed. Before long, Igor's loyalties are torn between his concern for his father's safety and his guilty affection for Assita. La Promesse was voted the Best Foreign Language Film of 1997 by America's National Society of Film Critics. ~ Mark Deming, Rovi

Rifi Kythouka
as The Fortune-teller