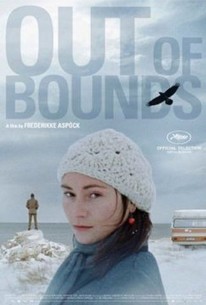 Isolation and close quarters bring a family's troubles to the surface in this drama. Nathan (Jakob Eklund) is an elderly artist who lives alone in a cottage on an island off the coast of Denmark, with no one but his pet dog for company. One day, the ferry pulls up to the island with two visitors for Nathan -- his daughter Stella (Stephanie Leon), and her long time boyfriend Oskar (Carsten Bjornlund). While Stella and Oskar have been together for five years, he's long seemed uncomfortable with the subject of marriage, and Stella is afraid he'll leave her when he discovers she's pregnant. As Stella struggles to find common ground with her emotionally distant father, Oskar learns Stella's secret, and Nathan is forced to intervene on their failing relationship. Labrador was the first feature film from Frederikke Aspock, whose short subject Happy Now was an award winner at the 2004 Cannes Film Festival. Labrador has also been released under the title Out Of Bounds.

There are no critic reviews yet for Labrador. Keep checking Rotten Tomatoes for updates!

There are no featured audience reviews for Labrador at this time.