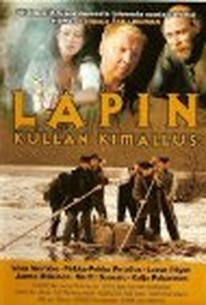 Lapin kullan kimallus is a film about a special period in European history, when gold was discovered in Northern Finland in the famine year of 1868. Hundreds of prospectors, Finnish and foreign, swarmed into the region, some of whom were hard workers, others mere swindlers and fortune hunters. Friendships were often put to test by extreme conditions, when man's greed met the cruel nature of Lapland. The film, which delivers a message that only hope and perseverance can make dreams come true, is partly based on true events and real-life characters.

There are no critic reviews yet for Lapin kullan kimallus, (Gold Fever in Lapland). Keep checking Rotten Tomatoes for updates!

There are no featured audience reviews for Lapin kullan kimallus, (Gold Fever in Lapland) at this time.