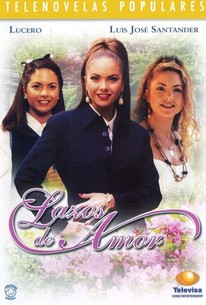 This condensed version of the Mexican telenovela series centers around identical triplets Maria Guadalupe, Maria Paula, and Maria Fernanda - whose uncanny resemblance to one another betrays the fact that they all possess deeply disparate personalities. When the triplets were just young girls, their parents were killed in a tragic car accident. Later, Maria Guadalupe falls down a mountain and into a river. Though she is believed to be dead, Maria Guadalupe is still very much alive. She's being raised by Ana Sales, who is still struggling with her own mother's death and who vows to raise the child as her own - even after discovering the truth about her identity. Meanwhile, Maria Fernanda has been rendered blind in an accident, and refuses to give up hope that her sibling somehow survived her treacherous fall. The most glamorous of the three sisters is Maria Paula, though her outward radiance masks a deep selfishness. Maria Paula always has to be the center of attention, especially when she's around her uncle Eduardo and grandmother Mercedes. When Maria Guadalupe and Ana arrive in Mexico City to seek treatment for an illness, the amnesiac sister falls for a handsome and kindhearted cab driver named Nicolas, who has just moved to the city to live with his grandfather. Though Ana tries her best to conceal Maria Guadalupe's true identity by restricting the actions of the young girl, Nicolas' grandfather knows the truth. Before long, the lives of all three sisters converge in Mexico City, drawing the people around them together in a manner that no one could have foreseen.

There are no critic reviews yet for Lazos de Amor. Keep checking Rotten Tomatoes for updates!

There are no featured audience reviews for Lazos de Amor at this time.