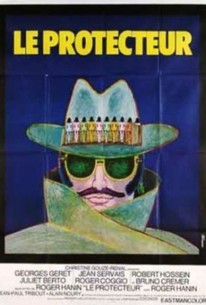 When he gets out of prison, Sam (Georges Gerret) seeks to track down his little girl, now a grown woman (Juliet Berto). After a series of violent encounters, he discovers that she has been sold into prostitution -- and likes it. She marries one of her procurers, and that would seem to be that. However, when she is killed, the father has the opportunity to exact his revenge on at least some of the people responsible for the deplorable condition he found his daughter in.

Juliet Berto
as Daughter
View All

There are no critic reviews yet for Le protecteur (The Protector). Keep checking Rotten Tomatoes for updates!

There are no featured audience reviews for Le protecteur (The Protector) at this time.