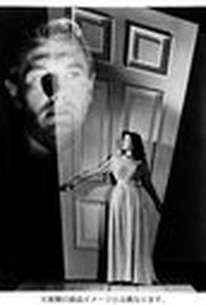 Les Miserables is perhaps the most frequently filmed novel in screen history. This 1933 French version of the Victor Hugo classic is the most epic in proportion, though the human elements of the story are kept in sharp focus by director Raymond Bernard and star Harry Baur. Baur plays Jean Valjean, an essentially decent man imprisoned for stealing a loaf of bread and transformed into a dehumanized outlaw. His faith in humanity restored by the kindliness of a bishop (Henry Krauss), Valjean goes to a small village to start life anew, but is pursued throughout his life for breaking parole by relentless police officer Javert (Charles Vanel). The various stages of Valjean's life--from convict to businessman to elderly martyr--were bounded by the film's original three-part structure. Part one, Tempete sous un Crane, ran two hours; part two, Les Thenardiers, was 90 minutes; and part three, Liberte, Liberté Cherie clocked in at 95. The American version of Les Miserables was spliced down to 165 minutes, with all three parts combined into one, then was withdrawn to avoid competition with 20th Century Pictures' 1935 Les Miserables. Years later, director Bernard himself pared down his film to two parts: Jean Valjean (109 minutes), and Cosette (100 minutes, with Josseline Gael in the title role). ~ Hal Erickson, Rovi

Josseline Gaël
as Cosette as an Adult

Orane Demazis
as Eponine
View All