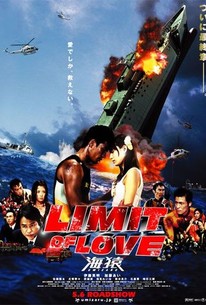 Having successfully become a Japanese Rescue Diver and won the heart of the beautiful Kana, Daisuke Senzaki (Hideaki Ito) finds his future saving lives drawn into question when a daring rescue mission takes an unexpectedly tragic turn. An airplane has crashed in the water, and the two survivors - a young boy and his father - are fast being pulled beneath the swirling waters. Though Daisuke does manage to save the child, the father slips beneath the surface never to be seen again. Haunted by his inability to save the man, Daisuke slips into a deep depression that soon causes him to call off his upcoming marriage to loving fiancée Kana (Ai Kato). Daisuke's resolve as a rescue diver is put to the ultimate test when an enormous ferry capsizes and the frightened passengers - Kana included - look to the Coast Guard as their only hope for survival. As multiple fires erupt and the four-story leviathan steadily begins to take on water, a series of explosions trap Daisuke and partner Tetsuya Yoshioka (Ryuta Sato) inside the vessel with two passengers who require extra special attention - a combative drunk and a thirty-five year old woman in her third trimester of pregnancy. Premiering on Japanese screens in May of 2006, this sweeping sequel to the 2004 hit sold enough tickets become the second highest opening weekend draw in Japanese box office history. ~ Jason Buchanan, Rovi

There are no critic reviews yet for Limit of Love: Umizaru (Umizaru 2: Test of Trust). Keep checking Rotten Tomatoes for updates!

There are no featured audience reviews for Limit of Love: Umizaru (Umizaru 2: Test of Trust) at this time.