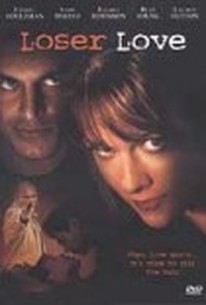 A lifelong cycle of abuse reaches a shocking climax for a woman who has suffered at the hands of men for far too long in this emotionally devastating tale from filmmaker Jean-Marc Vallée. Ever since she was a little girl, Lily (Laurel Holloman) has been stuck in what seems like a never-ending series of abusive relationships. From the icy scorn of her tyrannical father to the callous men she chooses to date as a grown woman, every man in Lily's life has treated her with the same sense of distain and cruelty. When Lily falls hard for playboy Tim's (Andy Davoli) seductive charm, it comes as no surprise that the thoughtless womanizer treats her much the same as the other men in her past, and not even Lily's best friend, Kilo (Rachel Robinson), can convince her that Tim is a wolf in sheep's clothing. When Tim's abuse goes too far, however, Lily finally snaps, swearing vengeance upon the two men who have taken so much pleasure in her suffering. ~ Jason Buchanan, Rovi

There are no critic reviews yet for Loser Love. Keep checking Rotten Tomatoes for updates!

There are no featured audience reviews for Loser Love at this time.