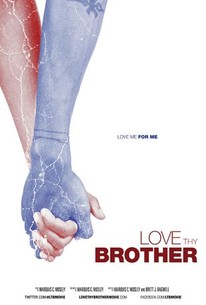 Two brothers, Reese and Jason, attend the same high school. Everything seems normal until Jason decides to come out of the closet and reveal that his high school friend Hayden is much more than just that. As Jason and Hayden think they can now live comfortably in their own skin, problems arise. A big bully at school criticizes the new open couple. When things become too much for Jason to handle on his own, he looks for his older brother Reese for help, who does nothing but turn the other way. Jason must now fight for his brother's acceptance and his first love Hayden, while having to overcome the struggles of a bully who despises him. (c) Official Facebook

Critic Reviews for Love Thy Brother

There are no critic reviews yet for Love Thy Brother. Keep checking Rotten Tomatoes for updates!

Audience Reviews for Love Thy Brother

There are no featured audience reviews for Love Thy Brother at this time.