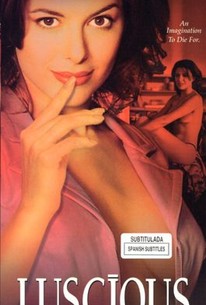 A frustrated painter becomes a "hot young artist' after he and his girl friend begin dousing themselves with paint and make colorfully passionate love directly on his canvasses in this Canadian film. Actually the idea for the new kind of body painting came about as the result of heated argument between the artist and his girlfriend. He, not talented in the classical sense, was again begging her to pose nude for him. She, knowing that he throws temper tantrums when he is unable to effectively sketch her, reluctantly agrees. Sure enough, he gets mad and in his rage he throws paint all over his naked girl friend. She retaliates, but instead of getting madder, the two suddenly find themselves aroused and begin making love. The result is as beautiful as it was satisfying and soon his work is much in demand. Of course that means he and his lover must make hay without delay. In time this proves problematic for they find themselves running out of inventive positions.

There are no critic reviews yet for Luscious. Keep checking Rotten Tomatoes for updates!

There are no featured audience reviews for Luscious at this time.