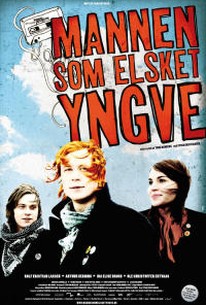 A young man finds that the current political turmoil in Eastern Europe bears uncanny comparisons to his own rocky homosexual awakening in The Man Who Loved Yngve, Stiane Kristiansen's emotionally-charged tale of coming out in late 1980s Europe. For 17-year-old Jarle Klepp, it seems life could not possibly improve; as a resident of the small town of Stavanger, Norway, Jarle sits on the very cusp of adulthood. He also claims a gorgeous girlfriend and a hip best friend, and looks ahead eagerly to his plans to kick start a punk band called 'Mattias Rust.' In truth, however, Jarle harbors long-buried gay desires, and it takes another young man - a village newcomer called Yngve - to draw out these latent feelings. Suddenly, Jarle finds himself plunged headfirst into a maelstrom of conflicting feelings, desires, and impulses, led forward only by an overwhelming urge to be as close to Yngve as possible, all the time. In the end, Jarle's need to be true to himself may claim its own rewards, but it will also inevitably mean losing the security of approval from many around him.

Erlend Stene
as Oljeungen
View All

There are no featured audience reviews for Mannen som Elsket Yngve (The Man Who Loved Ynge) at this time.