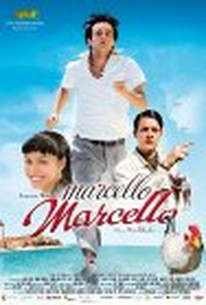 The path to true love becomes a hard road to travel for one teenager in this comedy from Italy. Marcello (Francesco Mistichelli) is a young man growing up in a small town on the coast of Italy. Like many folks in the village, Marcello is bemused by a long-standing local custom: a girl cannot date until she turns eighteen, and her first suitor is picked by her father, who chooses among her prospective beaus by favoring the gentleman who has presented him with the most impressive gift. Marcello can't imagine that any woman is worth that much trouble until he meets beautiful Elena (Elena Cucci). Marcello is eager to win the right to date her, but Elena's father is the town's mayor, while he's the son of a humble fisherman and can't afford anything flashy. Marcello comes up with a brainstorm for the perfect gift, but it turns out he'll have to barter for it, and as he tries to arrange the trade, he finds himself having to commit to a growing list of favors before he'll be able to present the gift that will win him the hand of the girl he loves. Marcello, Marcello was adapted from the novel Marcello's Date by Mark David Hatwood; Hatwood also wrote the film's screenplay.

There are no critic reviews yet for Marcello Marcello. Keep checking Rotten Tomatoes for updates!

There are no featured audience reviews for Marcello Marcello at this time.