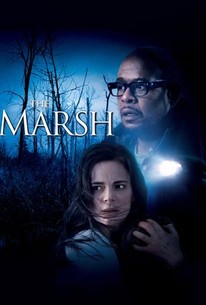 Haunted by gruesome visions of violence and death that would be far out of place in her successful series of children's books, a sophisticated author embarks on a brief sabbatical into the countryside that turns out to be far from the convalescent getaway her doctor had prescribed. Claire Holloway (Gabrielle Anwar) is an author whose rich imagination has fueled a successful career in children's literature, but one glimpse beneath the surface of her fragile psyche reveals a woman whose life has been far from storybook perfect. Tortured by a darkness that seems to grow blacker with each passing day, Claire follows her doctor's advice to leave the city behind and collect her thoughts at the picturesque Rose Marsh Farmhouse. Upon arriving at the remote farmhouse, however, Claire quickly realizes that the formidable estate bears an uncanny resemblance to the house that plagues her nightmares. When a series of strange and seemingly supernatural events lead Claire to believe that the ghostly young girl who dwells in her dreams may in fact be real, the frightened author seeks out the aid of handsome newspaper publisher Noah (Justin Louis) and paranormal consultant hunt (Forest Whitaker) in solving the mystery of this cursed village.

Critic Reviews for The Marsh

Audience Reviews for The Marsh