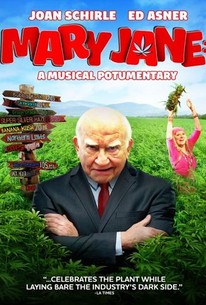 Leaving the wreckage of the Summer of Love, and arriving in Humboldt County in the far north of California, Mary Jane helped to establish the largest cash crop in the State, and the largest cannabis-producing region in the US. This is a musical, with sixteen original songs, weaving fictional characters together with real people, telling the truth behind the fiction. Mary Jane - a Musical Potumentary, is the story of a back-to-the-land farmer as she comes to terms with raising her son in the underground economy. He grew up as part of a generation who were taught how to lie so as not to blow their parent's scene, who grew up knowing only marijuana as a career option. Daily life in the community has been re-defined by the pervasive presence of weed. Houses burn down due to badly wired indoor grows, hillsides have their water diverted to illegal outdoor grows, guns are drawn when deals go wrong. But without the crop, the area's economy would be non-existent. Pot is the economic driver, and is the reason there are so many fine restaurants, fancy stores, and expensive cars driving around on the streets. At a time when the nation's attention on cannabis use and cultivation has never been higher, Mary Jane considers what may happen when legality fully arrives. Will the corporations move in and take over, will the present boom towns go bust, or can the illegal growers finally become upright members of the community, entrepreneurs in a new industry, providers of medical help and recreational pleasure? All in song, and with a cameo performance from Ed Asner.

There are no critic reviews yet for Mary Jane: A Musical Potumentary. Keep checking Rotten Tomatoes for updates!

There are no featured audience reviews for Mary Jane: A Musical Potumentary at this time.