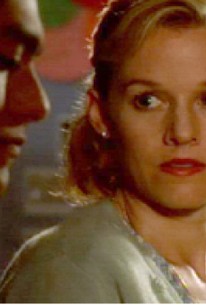 This made-for-cable docudrama stars Penelope Ann Miller as the infamous Mary Kay Letourneau, the married-with-children Seattle schoolteacher who made national headlines when she had an affair with one of her sixth-grade students, 13-year-old Vili Fualaau (Omar Anguiano). Landing in jail on a statutory rape charge, and ultimately bearing Fualaau's baby, Letourneau is released with a warning to stay away from her youthful inamorta. But she is unable to do so, and the result is another out-of-wedlock baby by the same young man. The teleplay, by Julie Herbert, suggests that Letourneau's inability to control her emotions and impules stemeed from her relationship with her mother, a woman who regarded any sign of affection as a form of weakness. Ultimately, however, Mary Kay Letourneau remains an enigma, and it is up to the viewer to determine whether her behavior was motivated by true love or by a psychotic need for "approval". The Mary Kay Letourneau Story: All American Girl debuted over the USA network on January 18, 2000.

There are no critic reviews yet for Mary Kay Letourneau Story: All-American Girl. Keep checking Rotten Tomatoes for updates!

There are no featured audience reviews for Mary Kay Letourneau Story: All-American Girl at this time.