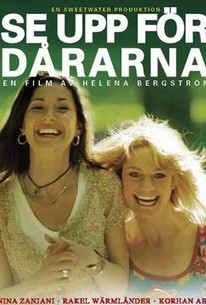 A young woman of Middle Eastern heritage wants to become a cop in blue-eyed, blonde-haired Sweden while dealing with some rough spots in her love life in this blend of family drama and romantic comedy. Sinan (Korhan Abay) was born and raised in Turkey and enjoyed a successful career as a surgeon. However, when circumstances dictated that Sinan and his wife Ayse (Zinat Pirzadeh) had to leave Turkey, they moved to Sweden, where he was unable to practice medicine and now makes a living driving commuter trains. Bitter Sinan lives with Ayse and their two grown-up daughters, Yasmin (Nina Zanjani) and Dilek (Stella Enciso), who are thoroughly acclimated to Swedish culture. Yasmin dreams of becoming a police officer, and has enrolled at the police academy, where she meets fellow student Elin (Rakel Warmlander). Yasmin and Elin become fast friends, but Yasmin also finds herself becoming infatuated with Henke (Mattias Redbo), Elin's boyfriend. Henke is also attracted to Yasmin, and as they struggle with their mutual desire Henke learns that Elin has had a fling with one of the men in her class. Should all four parties feel free to follow their desires? Should Yasmin leave Erin and Henke to patch up their differences? And what about the racist would-be cop at the Academy who has it in for Yasmin and resembles a fugitive on the run from the law? Mind The Gap was the first directorial credit for veteran Swedish actress Helena Bergstrom.

Critic Reviews for Mind the Gap

Audience Reviews for Mind the Gap

There are no featured audience reviews for Mind the Gap at this time.