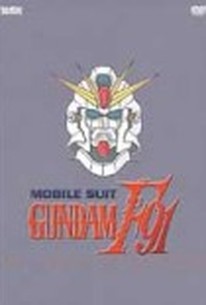 Original creator of the Gundam series Yoshiyuki Tomino created this animated feature as the beginning of a new timeline in the Gundam universe. Taking place 30 years after the events of the original Mobile Suit Gundam series, Mobile Suit Gundam F91 is about a young space colonist named Seabrook Arno and his girlfriend, Cecily Fairchild, who live in a peaceful settlement. Seabrook's happy home is destroyed, however, motivating him to join the resistance and pilot the Formula-91 Gundam Suit and, by so doing, confront the memory of his estranged mother, who designed it. ~ Cammila Collar, Rovi

There are no featured audience reviews for Mobile Suit Gundam: F91: The Motion Picture at this time.