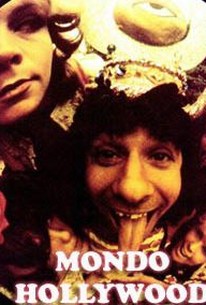 There are no featured audience reviews for Mondo Hollywood at this time.