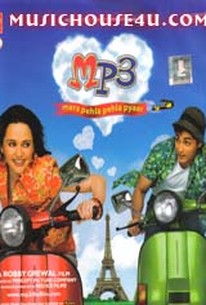 Mischievous Delhi teen Rohan (Ruslaan Mumtaz) goes to extraordinary lengths to impress the girl of his dreams after their initial date proves a total disaster in director Robby Grewal's romantic tale of first love. The son of a wealthy businessman, Rohan can usually be found getting into all sorts of trouble with his best friends Vasu, Sudhir, and Javed. But their adolescent antics take a back seat to puppy love when Rohan catches a glimpse of London-born beauty Ayesha (Hazel), who returns his smitten gaze with a reciprocating smile. But after their perfect date ends with a car crash, Rohan and Ayesha begin drifting apart. It's only after Ayesha departs for Paris with her mother that Rohan realizes he's let true love slip through his fingers, and vows to get their by whatever means necessary. Soon, after stealthily purchasing an airplane ticket with his father's credit cards and forging some documents to make it look as if he's going on an academic trip, Rohan is searching the City of Lights for the girl who makes him feel electric. But when Rohan attempts to contact the Indian embassy, things quickly get complicated. ~ Jason Buchanan, Rovi

There are no featured audience reviews for MP3: Mera Pehla Pehla Pyar at this time.