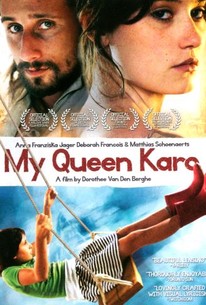 Two well-meaning bohemians embrace a freedom that becomes a trap in this drama from Belgian filmmaker Dorothee van den Berghe. In 1974, freethinking couple Dalia (Deborah Francois) and Raven (Matthias Schoenaerts) are a pair of artists who have decided to leave their bourgeois life behind and join a group of squatters who are setting up a collective home in an abandoned building in Amsterdam. Dalia and Raven have a ten-year-old daughter Karo (Anna Franziska Jager) who joins them on their great adventure, and at first the youngster is excited by the freedom of living among adults who have thrown off the boundaries of property and self-centered attitudes. However, as Karo's parents dive head first into life in the collective house, Karo finds she's no longer a priority in their lives, and while they build Karo her own swing in the common room, she still feels lost in the new home. Tension grows between Dalia and Raven when he brings a woman named Alice (Maria Kraakman) and her children into the collective and Raven and Alice begin having an affair; while free love is a key tenant of the collective, Dalia wasn't expecting Raven to embrace sex with other women so openly and enthusiastically, and she is wracked with frustration and jealousy. Meanwhile, Karo makes friends with another tenant in the building, Jacky (Rifka Lodeizen), a former competitive swimmer who is a strong believer in rules and structure. Jacky helps Karo join a swim team in hopes of bringing some needed stability into her life, but her personal success doesn't do much to help her parents failing relationship. My Queen Karo was an official selection at the 2009 Toronto International Film Festival. ~ Mark Deming, Rovi

Ward Weemhoff
as Joop
View All

Critic Reviews for My Queen Karo

There are no critic reviews yet for My Queen Karo. Keep checking Rotten Tomatoes for updates!

Audience Reviews for My Queen Karo