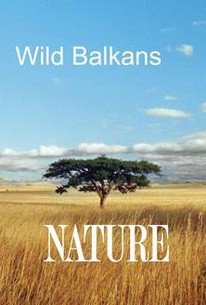 The Balkan Peninsula of Eastern Europe made its most prominent headlines throughout history as one of the focal points of human conflict, but another, far more special side of that region exists: its natural landscapes, and the flora and fauna populating them. In this sphere are centuries-old forests, rich wetlands, daunting and majestic cliff walls and haunting plateaus. More specifically, such natural wonders as the Tara River, Skadar Lake and the Kopacki Rit Wetlands house species including the rare Balkan Lynx and some of the most exotic species of bird on the planet. This episode of the PBS documentary program Nature charts the geographic features and animals of the said region.

There are no critic reviews yet for Nature: Wild Balkans. Keep checking Rotten Tomatoes for updates!

There are no featured audience reviews for Nature: Wild Balkans at this time.