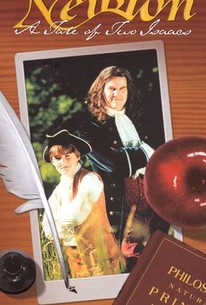 Newton: A Tale of Two Isaacs

The story of Isaac Newton and his revolutionary scientific theories are the subject of this video production, which is part of the Inventors' Specials. The series, endorsed by Kids First!, is aimed at introducing important inventors to the child audience. Among the stated goals of the show is that of instilling values of hard work and perseverance. The story is a fictionalized account of the adventures of Newton and his assistant, as they work against resistance from the scientific community and public to Newton's research. Filmed in Ireland, with authentic period costumes, the production reenacts famous incidents, including the apple experiment and Newton's presentation of his gravitational theory before London's Royal Society.

Critic Reviews for Newton: A Tale of Two Isaacs

There are no critic reviews yet for Newton: A Tale of Two Isaacs. Keep checking Rotten Tomatoes for updates!

Audience Reviews for Newton: A Tale of Two Isaacs

There are no featured audience reviews for Newton: A Tale of Two Isaacs at this time.