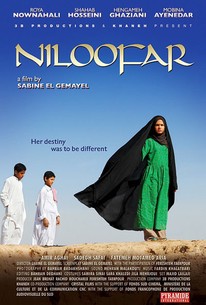 A girl is determined not to be held back by her sex or her culture in this drama from Iranian filmmaker Sabine El Gemayel. Niloofar (Mobina Aynehdar) is a twelve-year-old girl who is bright and wants to get an education. However, only boys are allowed to attend school in her community, and Niloofar is angered by this injustice. Niloofar's mother is a respected midwife, and she offers to teach her daughter the trade; one of her clients is sympathetic to the girl's ambitions, and tutors Niloofar in reading and writing behind closed doors. Niloofar is horrified to learn that her father has arranged for her to marry an olive farmer once she reaches womanhood, and she struggles to find a way to prevent her first period from coming. Niloofar can't stop the inevitable, but she is able to keep her father from learning she's begun menstruating for two years until her secret is found out. When her father sets a wedding day, Niloofar runs away from home with the help of a friend; father is outraged, and convinced she's disgraced the family, he and his step-son set out to find Niloofar and teach her a lesson. Niloofar received its North American premiere at the 2008 Toronto World Film Festival.

There are no critic reviews yet for Niloofar. Keep checking Rotten Tomatoes for updates!

There are no featured audience reviews for Niloofar at this time.