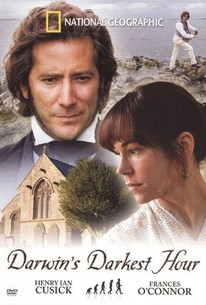 Discover the human side of one of history's most controversial figures in this National Geographic Television production starring Henry Ian Cusick and Frances O'Connor. Set in the year preceding the publication of On the Origin of Species, the film opens to find British naturalist Alfred Wallace poised to release a tome that bears an uncanny resemblance to Darwin's own life's work. As the two authors race to get their strikingly similar manuscrpts published first, one of Darwin's children falls ill with scarlet fever, and the other is infected with diphtheria. His life falling apart all around, Darwin leans on his beloved wife Emma to help him weather the storm. Despite the fact that her husband's work flies in the face of everything she believes as a Christian, Emma supports her husband and remains by his side even as scarlet fever claims the life of their beloved child.

There are no critic reviews yet for NOVA: Darwin's Darkest Hour. Keep checking Rotten Tomatoes for updates!

There are no featured audience reviews for NOVA: Darwin's Darkest Hour at this time.