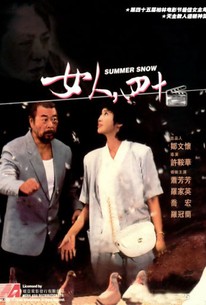 In this Hong Kong comedy drama a father's illness brings him closer to his daughter-in-law. May is married with a teenage son. She works as an executive in a trading company. After her mother-in-law drops dead from a stroke, she and her husband, Sun Bing, reluctantly take in Old Sun, a former air force lieutenant (none of his other children will take him). The family is immediately thrown into turmoil as they try to deal with Sun's strange behavior. He frequently wanders away, acts strangely, and suffers from rapid personality changes alternating between a child-like and extremely irritable state. They finally get medical help after they catch him eating a soap sandwich. The old man is diagnosed with Alzheimer's disease. May must now balance her career, her family and Sun's needs. She tries hard, but eventually the strain is too much for her. They must place Old Sun in a nursing home. ~ Sandra Brennan, Rovi

Josephine Siao Fong-fong
as May Wu

There are no featured audience reviews for Nu ren si shi (Summer Snow) at this time.