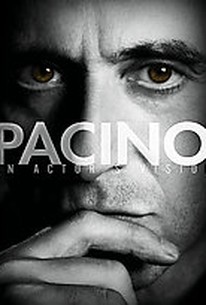 THE LOCAL STIGMATIC: An early entry in Al Pacino's ouevre, this short film follows two lower-class but intelligent men, Graham (Pacino) and Ray (Paul Guilfoyle, CSI: CRIME SCENE INVESTIGATION) on a day of dog races, drinking, and, eventually, violence. Based on a play by Heathcoate Williams, this intense film investigates the roles of fame and envy in the life of the common man.CHINESE COFFEE: Based on a play by the same name, CHINESE COFFEE explores the friendship between a writer, Harry (Al Pacino), and a failed photographer, Jake (Jerry Orbach). Harry arrives at his longtime friend Jake's place late one night, hoping to collect on a debt, and to find out Jake's opinion of his latest novel. Jake is less than forthcoming, but over the course of the evening reveals the results of a lifetime of envy, regret, and destruction.LOOKING FOR RICHARD: Part classical performance and part examination of Shakespearean dramaturgy, this acclaimed film features Pacino as both director and star of a production of RICHARD III. Scenes from the play are interspersed with behind-the-scenes footage and interviews with such Shakespearean heavy hitters as Sir John Gielgud, Kenneth Branagh and Derek Jacobi. Other appearances include James Earl Jones, Kevin Kline, and Vanessa Redgrave.

There are no featured audience reviews for Pacino - An Actor's Vision at this time.