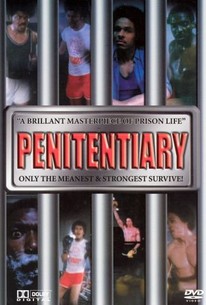 An innocent man must fight to survive when he's wrongfully imprisoned in this gritty urban drama. Martel Gordone (Leon Isaac Kennedy), called Too Sweet by his friends because he loves candy, is hitchhiking through the California desert when he's picked up by Linda (Hazel Spears), a prostitute. When Too Sweet and Linda stop at a roadside diner, they're harassed by a pack of bikers; a fist-fight breaks out, and one of the bikers winds up dead. Too Sweet is charged with murder, and convicted despite his innocence; he's shipped off to a run-down prison where Jesse Amos (Donovan Womack), one of the prisoners, lords it over the other inmates. Too Sweet ends up sharing a cell with Half Dead (Badja Djola), a violent lunatic who is one of Jesse's musclemen. Too Sweet refuses to buckle under to the intimidation dished out by Half Dead and his cronies, even after seeing how they've "turned out" Eugene (Thommy Pollard), another new fish who has become Jesse's sexual slave. Forced to defend himself even though he hates violence, Too Sweet displays a genuine talent for fighting, and is persuaded to take part in the prison boxing tournament, where he could win a night with a woman or even his freedom. However, Too Sweet sees the deck may be stacked against him when he finds out his opponent is the monstrous Half Dead. Shot when writer and director Jamaa Fanaka was still a student at UCLA, Penitentiary was the first starring vehicle for former disc jockey and future evangelist Leon Isaac Kennedy. ~ Mark Deming, Rovi

Badja Djola
as 'Half Dead' Johnson

There are no critic reviews yet for Penitentiary. Keep checking Rotten Tomatoes for updates!

There are no featured audience reviews for Penitentiary at this time.