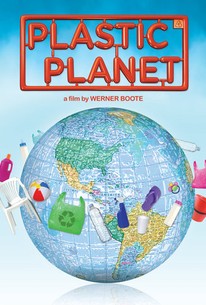 We live in the age of plastic. It's cheap and practical, and it's everywhere - even in our blood. But is it a danger to us? The plastic industry annually generates hundreds of billions of dollars. Every industrial sector in the world today is dependent on plastic. The amount of plastic we have produced since it was invented would be enough to cover the entire globe six times over. But this inexpensive and convenient substance comes with a hefty price. Plastic stays in the ground and water system for up to 500 years. It is found on every beach in the world. Numerous studies have proven that the chemicals it releases (such as Bisphenol A) migrate into the human body and may contribute to or cause grave health problems, from allergies to obesity to infertility, cancer and heart disease. For Austrian German director Werner Boote, plastic is personal. His grandfather was one of the early manufacturers of plastic and he introduced Boote at a young age to the magic substance that would change the world. Many years later, after reading about the global threat posed by plastic, he decides to embark on a quest to discover the truth about this pervasive substance. Traveling to fourteen countries, he boldly and humorously confronts manufacturers, scientists, government officials and consumers to ask questions that concern all of us: Why don't we change our consumption behavior? Why is the industry not reacting to apparent dangers? Who is held accountable for hills of garbage mounting in deserts and seas? Who wins in this game? And who loses? This feisty, informative documentary takes us on a journey around the globe - from the Moroccan Sahara to the middle of the Pacific Ocean, from a factory in China to the highest peaks of the Alps - to reveal the far-flung reaches of our plastic problem. Interviews with the world's foremost experts in biology, pharmacology, and genetics shed light on the perils of plastic to our environment and expose the truth of how plastic affects our bodies and the health of future generations. Interspersing animated sequences and old commercials, this eye-opening film reveals how the world has wholeheartedly embraced the convenience of a substance it knows nothing about. -- (C) First Run Features

There are no featured audience reviews for Plastic Planet at this time.