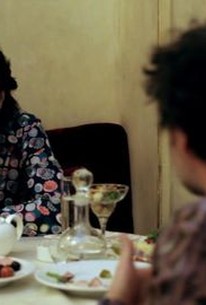 A genuine satiric comedy, based on real conversations - both amusing and sad - overheard by a journalist in one of the most expensive Moscow restaurants. Hilarious and revealing, this is a film about women who choose between affection and money, film producers that don't really know what they're filming, and weary businessmen who sometimes say screw it, down a shot and leave their mother-in-laws to pay the bill. But most of all, it's about true love that favors noisy kitchen floor over gilded fine-dining halls.

There are no critic reviews yet for Poka noch ne razluchit. Keep checking Rotten Tomatoes for updates!

There are no featured audience reviews for Poka noch ne razluchit at this time.