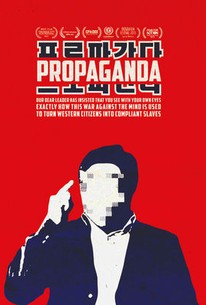 Propaganda signals the birth of a new genre-bending generation of film maker. Using the 'fake North Korean propaganda' found-footage device, Director Slavko Martinov, (who just spoke at a recent TED conference) parodies its language and stylings, before targeting the mountain of hypocrisies and contradictions that make up the modern Western narrative. In doing so, the film delivers a devastating blow to those who might be quick to laugh at 'backward' ideologies before considering how political and cultural trends have weakened Western claims to the moral high ground. (c) MVD

There are no featured audience reviews for Propaganda at this time.