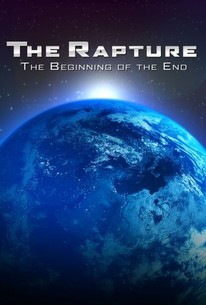 An audacious film about faith, The Rapture is a contemporary fantasy that keeps its feet unnervingly planted in reality even as reality starts to collapse. Mimi Rogers, in a strikingly accomplished performance, stars as Sharon, a telephone operator who spends her off-hours engaging in casual group sex to blot out her boredom. By chance, she becomes aware of a small Christian sect whose members believe that they have found a child with the gift of prophecy who has seen the upcoming end times. Slowly but steadily, Sharon finds herself drawn to this group, and one night she abruptly turns a corner, renounces her old life, and embraces fundamentalism with passion. She marries one of her former lovers, Randy (David Duchovny), who takes up Sharon's evangelical fervor to atone for his past as a hired killer, and they have a daughter. All seems peaceful until Randy is unexpectedly murdered, and Sharon takes her child to the desert to await the rapture that will bring the chosen to heaven. The film neither supports nor scoffs at Sharon's views, and the superb performances add immeasurably to a film that presents the unbelievable (and unthinkable) at face value, making it seem oddly plausible in the process. Michael Tolkin has also written and/or directed such films as The Player (1992), directed by Robert Altman, and The New Age (1994), both of which also skewer contemporary American society as shallow, materialistic, and desperate for something authentic to believe in.

Will Patton
as Sheriff

Darwyn Carson
as Maggie
View All

Critic Reviews for The Rapture

Audience Reviews for The Rapture