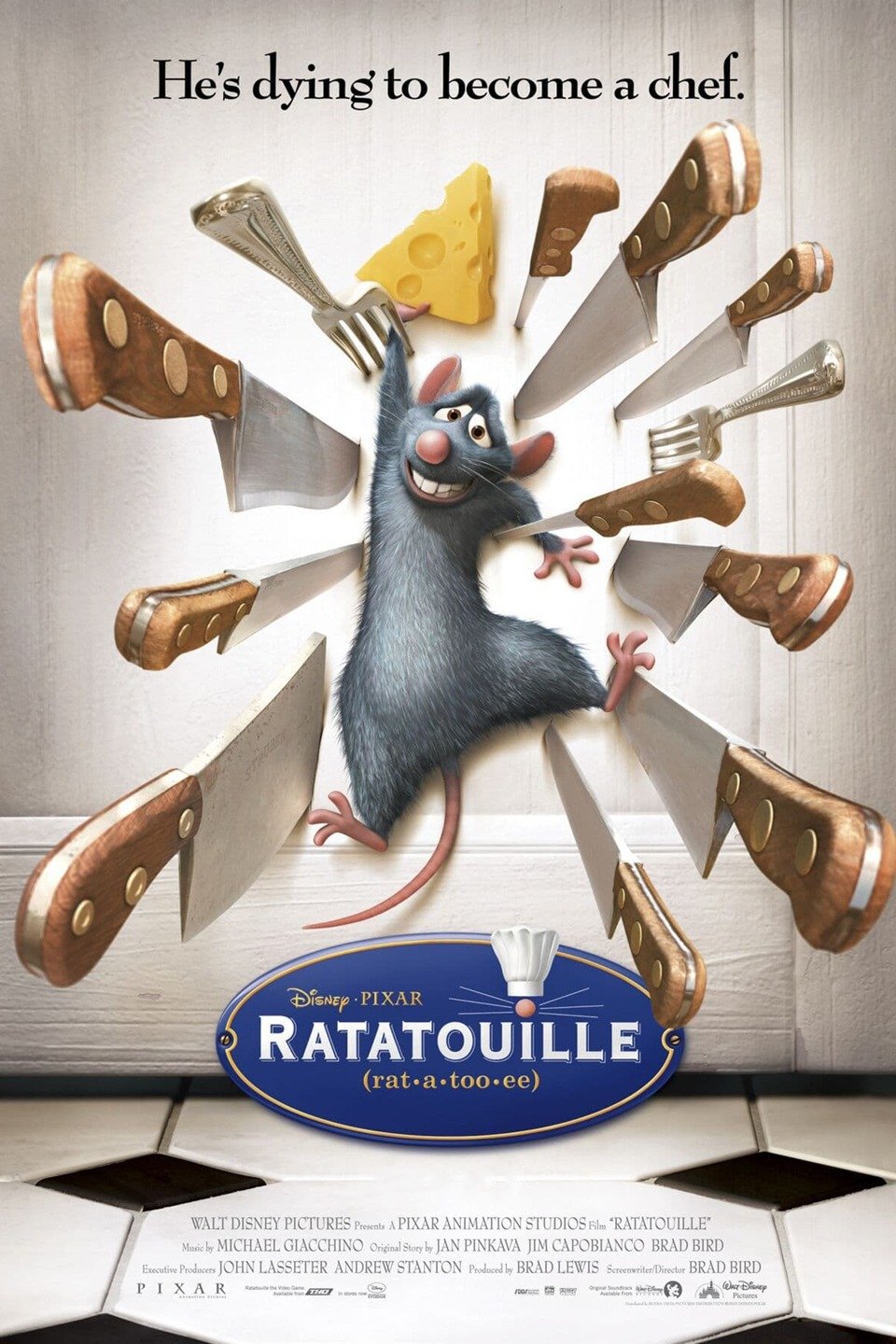 Danielle Solzman
Solzy at the Movies
Ratatouille puts the "anyone can cook" motto to the test and while it's an absurd premise, this film is absolutely beautiful in every way.
Full Review | Original Score: 4.5/5

Cory Woodroof
615 Film
It doesn’t have a flaw; it’s perfect storytelling and its emotional payoff is a landmark.
Full Review

Mike Massie
Gone With The Twins
Despite the unexplained language barriers or farfetched plot, this delightfully delicious foray into the unimaginable never becomes preachy or immature.
Full Review | Original Score: 8/10

Matt Brunson
Film Frenzy
A love letter to Paris, a valentine to the fine art of cooking, and a gift to film fans of all ages.
Full Review | Original Score: 3.5/4

Rachel Wagner
rachelsreviews.net
Has great vocal performances throughout and is about a character figuring out where they belong and finally being accepted there. I love it!
Full Review | Original Score: A+

Emmet Asher-Perrin
Tor.com
That is the (...) imperative message of Ratatouille. Everyone is not an artist, but anyone could be an artist. Because, as living creatures, it is simply what we do.
Full Review

Brandy McDonnell
The Oklahoman
The studio's latest effort offers beautiful and strikingly realistic animation, but the flawed concept should have been scrapped...
Full Review

Dorothy Woodend
The Tyee (British Columbia)
I won't spoil the broth, but suffice to say Ratatouille is a bursting with bright flavors, some spice, and deep warmth that settles in your belly and satisfies body and soul.
Full Review

Jeffrey Overstreet
Looking Closer
There is so much to enjoy and celebrate here, Ratatouille deserves more than a review: it could (and probably will) inspire books about creativity and good taste.
Full Review | Original Score: A

Deirdre Swain
NOW Toronto
Ratatouille was written and directed by Brad Bird, the guy behind The Incredibles, and while his new movie isn't as brainy as that one, it has lots of lovely touches to appeal to parents as well as kids.
Full Review | Original Score: 4/5

Todd Gilchrist
IGN Movies
Ratatouille is a triumph that not only pays tribute to the spirit of discovery, but revels in the fun of making a few of its own.
Full Review | Original Score: 7.5/10

Mike Scott
Times-Picayune
And there's Remy himself, voiced by irreverent comic Patton Oswalt. Yes, he's a rat, and a pantless one at that, but he's a charming rat.
Original Score: 3/4

Mike Davies
Birmingham Post
The latest from Pixar and Oscar winning writer-director Brad Bird is a fabulously enjoyable parable about the pursuit of excellence and rising above the preconceptions of others.
Full Review | Original Score: 4/5

David Stratton
At the Movies (Australia)
It's a great programme for all the family.
Original Score: 4/5

Margaret Pomeranz
At the Movies (Australia)
It's not my favourite Pixar film.
Original Score: 3/5

Katherine Monk
Canada.com
No restaurant has ever benefited from placing rats in a recipe, but the digital wizards in Pixar's kitchen have cooked up a winning peasant dish in Ratatouille.
Full Review
Do you think we mischaracterized a critic's review?
Go back
More trailers