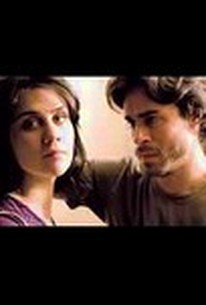 A man who is looking for justice may not be all that he seems in this tense drama from filmmaker Paulo Pons. Camila (Barbara Borges) is the daughter of a well-to-do farmer who is used to a happy and privileged life until she's brutally raped in a small town in Southern Brazil. A few weeks later, a sullen and short-tempered man named Miguel (Erom Cordeiro) shows up in Rio and attracts the attention of Carol (Branca Messina), an attractive woman with a taste for sexual adventure. After leaving his wallet at Carol's place, Miguel arranges to meet her at a party and pick it up, but when she points out a guy who's supposed to be her brother, Miguel gives him a severe beating until he learns he's just one of Carol's friends, Sazao (Miguel Nader). After Carol's real brother Bruno (Marcio Kieling) arrives, we learn that Miguel is Camila's fiancé, and he's come to Rio to find the man who raped her and get revenge. But does his story go deeper than that? Inganca (aka Retribution) received its world premiere at the 2008 Rio de Janeiro Film Festival.

There are no critic reviews yet for Retribution. Keep checking Rotten Tomatoes for updates!

There are no featured audience reviews for Retribution at this time.