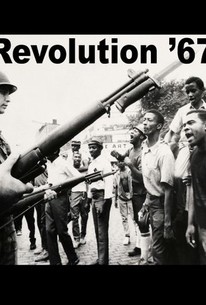 In the summer of 1967, political unrest began to ferment in America's major cities and college campuses as civil rights, free speech and the war in Vietnam grew into hot button issues. Against this backdrop, an African-American cab driver, John Smith, was pulled over by traffic police in Newark, New Jersey on July 12, 1967. A discussion of a traffic offense grew into an argument, and Smith was severely beaten by arresting officers. News of the incident spread like wildfire through Newark's black ghetto, and when a false rumor alleging that Smith had died in custody started circulating, years of anger over Newark's often violent police department erupted in an explosion. Riots broke out that lasted for six days, leaving 26 people dead and 725 injured, while nearly 1,500 were arrested. Filmmaker Marylou Tibaldo-Bongiorno, a native of Newark, explores what was one of the first and most dramatic of the violent acts of rebellion that would mark the later years of the 1960's in Revolution '67, a documentary that uses newsreel footage and interviews with people who witnessed the Newark riots to tell the true story of a deadly and controversial moment in American history.

There are no critic reviews yet for Revolution '67. Keep checking Rotten Tomatoes for updates!

There are no featured audience reviews for Revolution '67 at this time.