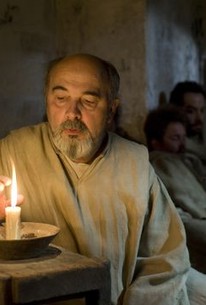 Circa 1577, Pic Saint Loup (Gerard Jugnot), a couturier (or designer/manufacturer of women's clothes) reels in a highly covetable commission from King Henry III to create a gorgeous wedding gown for a Spanish noble girl, in this gay-themed period comedy. The girl in question is engaged to be married to the king's nephew. Pic instantly accepts the proposition handed to him, but it necessitates embarking on a lengthy journey to Spain - a necessary move but also a dangerous one, given the ongoing Inquisition in that country that finds rulers disposing of Moors, Jews and homosexuals. Nor is Pic the only potential victim in his entourage, which includes a Moor, a Jewish perfumer, a flamboyantly gay hairdresser, and a Protestant secretary. Complicating matters even more is the fact that the bride's father is the infamous Grand Inquisitor of Córdoba. Jugnot also directs.

There are no critic reviews yet for Rose et noir. Keep checking Rotten Tomatoes for updates!

There are no featured audience reviews for Rose et noir at this time.