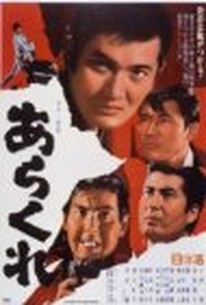 When a police crackdown forces one of Tokyo's most powerful yakuza clans to cease operation, a few determined criminals vow to cling to power at any cost in this bloody crime drama from cult director Yasuharu Hasebe. Hunted by police and targeted for extinction by a mysterious killer, the fearless lone holdouts launch a brutal campaign to take over the city's thriving black market. With two forces fighting to take control of Tokyo's drug, gambling, and prostitution markets, the streets are about to become a war zone where no one is safe and everyone has a price. ~ Jason Buchanan, Rovi

Yuri Yoshioka
as Reiko
View All

There are no critic reviews yet for Roughneck (Arakure). Keep checking Rotten Tomatoes for updates!

There are no featured audience reviews for Roughneck (Arakure) at this time.