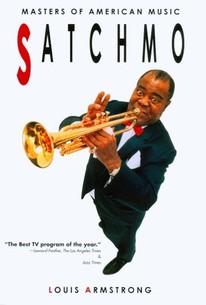 This is a comprehensive documentary of one of the 20th century's most influential jazz performers, the legendary Louis Armstrong. This 87-minute documentary pieces together the life of Satchmo using never-before-seen homemade films, clips from stage shows, and excerpts from some of his movies like Hello, Dolly, Atlantic City, and High Society. And, of course, there are many of Armstrong's songs featured, including "West End Blues," "Potato Head Blues," "Weather Bird," "On the Sunny Side of the Street," "When You're Smiling," "Mack the Knife," and many more. This colorful documentary also includes commentaries from many of Armstrong's contemporaries and musicians influenced by his music, including Dexter Gordon, Tony Bennett, and Wynton Marsalis.

There are no critic reviews yet for Satchmo: Louis Armstrong. Keep checking Rotten Tomatoes for updates!

There are no featured audience reviews for Satchmo: Louis Armstrong at this time.