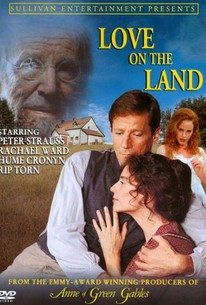 Based on George Dell's 1934 novel The Earth Abideth, the two-part CBS TV movie Seasons of Love covers thirty years (1866-1896) in the lives of Kansas farming couple Thomas and Kate Linthorne (Peter Strauss, Rachel Ward). A dynamic, forceful person who manages to carve a home and livelihood out of virgin territory, Thomas emerges as one of the leaders of his tiny community, despite the resentment and opposition of rival farmer Gorm Schrader (John Finn). At home, the sometimes rocky relationship between the Linthornes is put to the test by the arrival in town of Lucille (Chandra West), the young wife of one of Thomas' best friends. Later on, a series of devastating setbacks--some directly related to an bitter quarrel between Thomas and his son Hocking (Justin Chambers), not to mention the profligate ways of his other son Grover (Nick Stahl)--threatens to destroy everything that Thomas has built. Eschewing the usual Hollywood Happy Ending, the film remains doggedly faithful to its source--that is to say, forgiveness is not a part of the characters' makeup, and there are some wounds too deep and painful to heal. Filmed on location in Ontario, Seasons of Love originally aired March 7 and 9, 1999, on CBS. The film has since been shown on cable TV under the title Love on the Land.

Critic Reviews for Seasons of Love

There are no critic reviews yet for Seasons of Love. Keep checking Rotten Tomatoes for updates!

Audience Reviews for Seasons of Love

There are no featured audience reviews for Seasons of Love at this time.