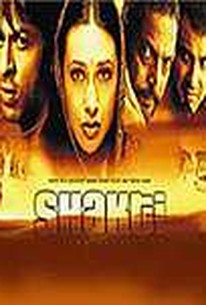 A rare attempt to marry the widely appealing standards of commercial cinema with the decidedly darker elements of realistic cinema, director Krishna Vamsi's bleak drama explores the horrific results of a marriage haunted by violence and dishonesty. A Canadian Indian orphan who resides with her two uncles, Nandini (Karishma Kapoor) is quickly caving in to her uncles' constant requests to find an appropriate suitor and marry. An unexpected proposal from orphan friend Shekhar (Sanjay Kapoor) soon results in marital bliss, and, as the years pass, the couple has a child named Raja (Jai Gidwani) and everything seems perfect. When Shekhar is troubled by televised reports of turmoil in India, pangs of guilt force him to reveal to his wife that, although he does indeed have a family, they are a family at constant war and he had escaped their bloody feud in order to make a better life for himself. Revealing little to no specific details to his unassuming wife, the family is soon packing their bags for India and a visit to Shekhar's mysterious family. Troubled by the constant attempts on Shekhar's life and the violent actions of her dangerous father-in-law Narsimha (Nana Patekar), Nandini is determined to return to Canada despite the desperate pleas of Shekhar's mother. When Shekhar is brutally murdered and Nandini attempts to escape India with Raja in tow, Narsimha proves that he is willing to undertake drastic measures in order to ensure that his sole remaining heir remain by his side as the unending battle rages around them. ~ Jason Buchanan, Rovi

Critic Reviews for Shakti - The Power

Audience Reviews for Shakti - The Power