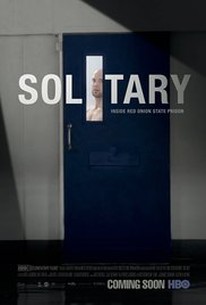 Built on an Appalachian mountaintop, Red Onion State Prison (one of over 40 supermax prisons across the US) is nearly 300 miles from any urban center, and holds up to 500 prisoners in 8'x10' solitary confinement cells for 23 hours a day--isolated, and forgotten by the world. Journalists call these prisons "Black Sites"--mysterious places where virtually no press are admitted, and even those few that are are stripped of all recording devices before being allowed on highly observed visits. In the immersive SOLITARY, filmmaker Kristi Jacobson managed to gain unprecedented access to Red Onion and its residents, capturing its chilling sounds and haunting atmosphere. In startlingly intimate and reflective interviews with the inmates, Jacobson discovers their violent childhoods, the dangers of prison life, and their struggles to maintain sanity in the unrelenting monotony of confinement. Interwoven with their stories are the voices of the corrections officers, who are serving a different type of time right alongside the prisoners as they struggle to maintain their humanity. As the prison initiates a reform program to reduce the number of inmates held in solitary, the process provides an unexpected window into life on both sides of the bars.

There are no featured audience reviews for Solitary at this time.