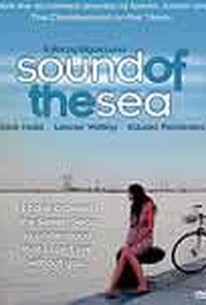 Sound of the Sea

Directed by J.J. Bigas Luna, Son De Mar (Sound of the Sea) follows Ulises, a young man who moved to a small coastal city just as summer was coming to an end. Though he arrived in order to teach literature at a local academic institution, he finds himself with much more than he had bargained for, including a newfound appreciation for the smells, sounds, tastes, and women of the Mediterranean. Eventually, he falls in love with Martina, one of his students. Enchanted by his stories and historical know-how, Martina returns his feelings, and is crushed when he mysteriously disappears. The film features Jordi Mollà, Leonor Watling, and Eduard Fernández. ~ Tracie Cooper, Rovi

Critic Reviews for Sound of the Sea

Audience Reviews for Sound of the Sea

There are no featured audience reviews for Sound of the Sea at this time.

Sound of the Sea Quotes