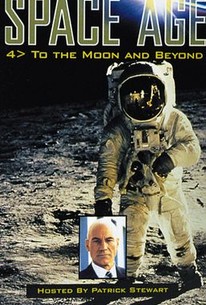 Narrated by Patrick Stewart of Star Trek, Space Age is a broad overview of the history of space exploration. Produced in association with the National Academy of Science, each video uses interviews, footage, and extensive computer animation to examine man's encounters with the final frontier. This episode examines what has happened since the Apollo program ended and we stopped putting men on the moon. Public interest in the space program has declined ever since. This video examines the missions that may lie in the future.

There are no critic reviews yet for Space Age. Keep checking Rotten Tomatoes for updates!

There are no featured audience reviews for Space Age at this time.