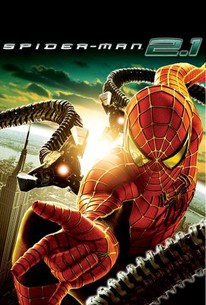 Stan Lee's all-too-human superhero returns to the screen in this highly anticipated sequel to 2002's blockbuster hit Spider-Man. Peter Parker (Tobey Maguire) is attempting to juggle college classes and his job as a photographer with the Daily Bugle while maintaining his secret life as costumed crime-fighter Spider-Man. Parker is also struggling to hold on to his relationship with Mary Jane Watson (Kirsten Dunst), who is beginning to enjoy success as a model and actress, and both Mary Jane and Peter have noticed he's beginning to buckle under the strain. Parker's friendship with Harry Osborn (James Franco) is also beginning to fray due to Peter's seeming alliance with Spider-Man, whom Harry blames for the death of his father, the nefarious Norman Osborn. As Parker weighs his responsibilities to himself and those around him against the obligations that come with his special powers, Spider-Man is faced with a new nemesis -- Dr. Otto Octavius (Alfred Molina), a deranged scientist whose latest project has turned him into the near-invincible cyborg Doctor Octopus. Spider-Man 2 was directed by Sam Raimi, who helmed the first film, and much of the original cast has also reunited for this sequel, including Rosemary Harris, J.K. Simmons, and Bruce Campbell. ~ Mark Deming, Rovi

There are no critic reviews yet for Spider-Man 2.1 (Extended Cut). Keep checking Rotten Tomatoes for updates!

There are no featured audience reviews for Spider-Man 2.1 (Extended Cut) at this time.