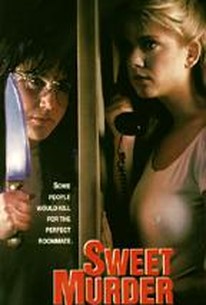 In this chilling psychological thriller, Lisa, an unemployed, and dull-as-dishwater young woman is happy to have a new roomie. The new tenant Laurie is as outgoing and beautiful as Lisa is introverted and plain. Sweet-natured Laurie immediately begins trying to help poor Lisa come out of her shell, even though her boy friend Del is suspicious of Lisa. He sees something darker lurking beneath her placid surface and it makes him uneasy. When Lisa learns that Laurie has received money from her late aunt, Lisa undergoes a dramatic change because she resents all that her kindly friend Laurie has, and unlike Lisa, Laurie was never horribly sexually abused as a child. Thinking she deserves the money, Lisa puts on make-up and sexy clothes. She then promptly seduces Del. She then tries to get Del to help her kill Laurie. He demurs and that is his fatal mistake. Later she murders both Del and Laurie. She then hacks up the bodies and stuffs them into suitcases. Next she takes a drive to the country and dumps the bags down a deep mine shaft. Thus begins a string of grisly murders as the psycho Lisa struggles to get her hands on Laurie's money.

Helene Udy
as Lisa
View All

There are no critic reviews yet for Sweet Murder. Keep checking Rotten Tomatoes for updates!

There are no featured audience reviews for Sweet Murder at this time.