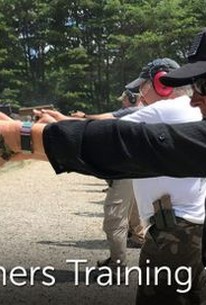 In a remote training camp in Butler County, Ohio, we meet school teachers who are learning how to shoot and, if necessary, kill. This documentary explores the heated and divisive debate around how best to protect pupils, as schools prepare for gun attacks and school boards in America seriously consider arming their teachers. The film follows a group of teachers who attend 'Faster', one of America's most controversial summer schools, where teachers are trained to use guns, deal with potential school shooting scenarios and, if the situation demands it, kill. Included is the Trump-supporting local sheriff, who is so passionate about arming teachers that he puts billboards up in town to persuade the community to get onside. But there are those who fervently disagree with this proposed idea, including a boy who was shot at his school in Ohio two years ago and his father, who have both publicly forgiven the shooter. They don't believe the answer is for teachers to carry guns. Kira Phillip's powerful and timely film takes us right into the heart of a debate that is polarising America. As the start of school approaches, which side will win the battle?

There are no featured audience reviews for Teachers Training to Kill at this time.